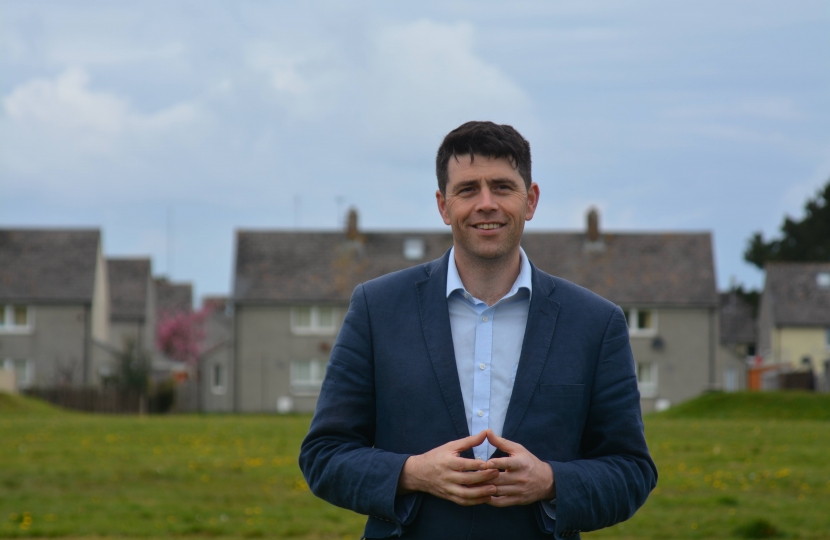 As published on PoliticsHome.com on 17th June 2018

Successive governments have been unable and in some cases unwilling to truly address the biggest challenge facing the under-40s in the United Kingdom: being able to buy a home that is genuinely affordable.  Housing supply has not kept up with demand for well over two decades and now it is time for a comprehensive overhaul of a broken market.  We need to come up with real solutions, not only because it is the right thing to do but also because it is a defining issue that is holding back Conservative support in under-40s voters.

The Prime Minister has kindly agreed to meet with myself and a small group of likeminded Conservatives, to listen to the problems faced in communities – particularly rural and coastal areas like North Cornwall - where the cost of housing has spiralled out of all affordability, and to hear our ideas on potential solutions. I am grateful that the Prime Minister has extended us this opportunity and it shows that she cares deeply about this issue.  When she stood on the steps on 10 Downing Street and said ‘I know there are people who the Country isn’t working for,’ I believe she was specifically talking about those individuals who have been marginalised and excluded from a housing market that no longer works for all.  Brexit has consumed a considerable amount of the parliamentary time but as the negotiations progress, it is now right for the Prime Minister’s to bring her number one domestic agenda back centre stage.

Growing up in Cornwall and working in the public sector I saw first-hand the challenges many people experienced when it came to buying their first home.  When I started a family I realised I needed my own place and at that time I applied for a house, along with over two hundred others. At the time we were fortunate in getting it but that was a defining moment for me, one that inspired me to take an interest in politics and stand up for those others who were not so fortunate.  Those who through no fault of their own were not able to take that first step into the housing market.

Whilst I am heartened to see Oliver Letwin is currently reviewing the housing market, it is abundantly clear that we have a supply problem with six national housebuilders controlling the supply of land and therefore the properties built on it.  Holding land on balance sheets maybe good for shareholders capital but it is not good for human capital.  Many in our Party are calling for planning deregulation and a simplified planning system and such measures have merit.  However, it is my long-held view – anchored in my personal experience – that there are more practical solutions out there.  Some local authorities have started to allocate smaller sites and this helps tackle the Big Six’s oligopoly but we must think still more radically if we want to deliver change quickly.  Increasing the Stamp Duty Land Tax exemption for first-time buyers has also been a positive move, as has the introduction of the Lifetime ISA but let’s be honest, a £1,000 per tax year contribution from the Government does nothing to reduce the price of land.  The fact that the Government is doing its bit to subsidise the housing market through the Lifetime ISA and Help To Buy schemes shows that something is wrong in the market itself.

As a group of MPs, I think that we have some practical solutions.

When developers submit a planning application, their primary aim is maximising the profit on the end market properties sold.  It is an uncomfortable truth that local authorities’ demands for ever-increasing ‘affordable’ housing slows the process down to a snail’s pace and once agreed, a registered social landlord has to be sourced to work alongside for buildouts and allocation.  This process can take many months and in some cases years, to the degree that it has become a cumbersome model that is now obsolete and unable to respond to current needs. Now imagine a situation where the developer builds the open market housing and provides plots of land for self-builds that are serviced with electricity, water gas and broadband.  Those plots are sold to aspiring homeowners who then use the local supply chain to construct their own home. A young aspirational person could own a piece of land on which they could build out in their own time and at their own pace. At the same time, the developer can move swiftly onto their next project. The outcome for the developer would be the same but the outcome to the homeowner would be transformational.