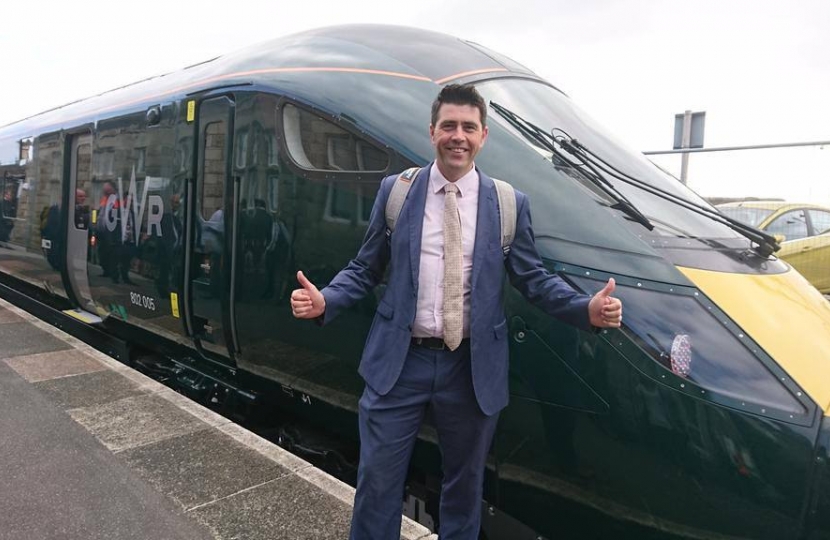 Reconnecting Bodmin General with the mainline is something my constituents have called for since I was first elected in 2015, so I am delighted to have been a part of delivering this new feasibility study from GWR. This will be the latest part of a scheme to upgrade North Cornwall's rail infrastructure and will go hand in hand with the new Intercity Express Trains running from Cornwall to London.

"A scheme to create a new platform at Bodmin General to allow for extra train services is among seven schemes awarded funding from Great Western Railway today, as the train operator announces the winners of its community improvement fund.

"Designed to help boost the local economy, GWR invited bids from its Customer and Communities Improvement Fund (CCIF) last Summer, and today seven Cornwall area winners have been revealed, including funding to revitalise a children’s park, and the provision of bus information at railway stations across the county.

"With match funding, the total investment being made in the Cornwall community will top £398,000."