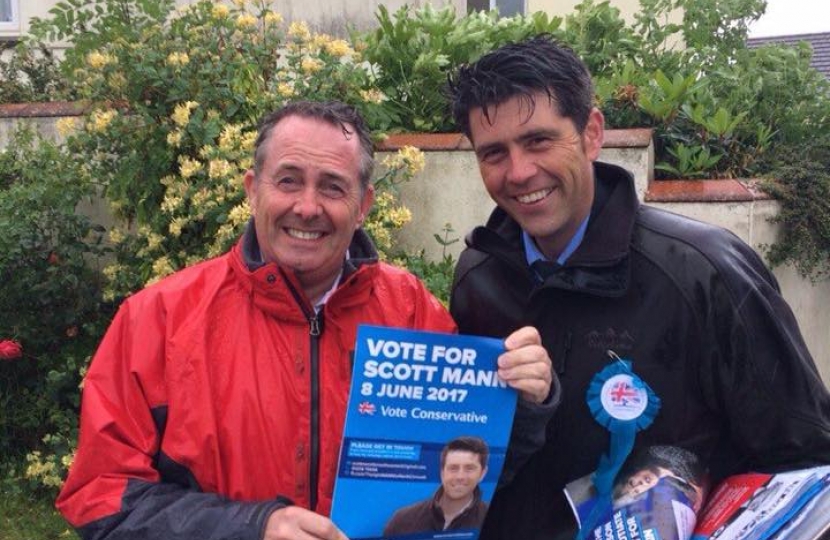 With just two days until the General Election on June 8th, Scott Mann has been endorsed as the "one man" to represent North Cornwall by the International Trade Secretary, Liam Fox.

The Cabinet Minister visited a wet and windy Launceston to meet with local residents to discuss local and national issues, including Brexit and the potential of North Cornwall businesses to export more of their products around the world.

"It might be wet but no-one can dampen the enthusiasm of the North Cornwall Conservatives who are heading for a great future, because what this country is able to do with a Conservative Government for five years is implement our new Industrial Strategy, gett our exports up - including here in the Westcountry where we can get our food and drink industries taking full advantage of the markets available.

"We've seen a big increase in exports - up 10.5 per cent in the first quarter of this year, but that's nothing compared to the performance we could have in the future and ensure the prosperity that we've seen in other parts of the country being spread to rural areas like North Cornwall.

"There's only one man to help achieve that and represent the people of North Cornwall, and that's Scott Mann."