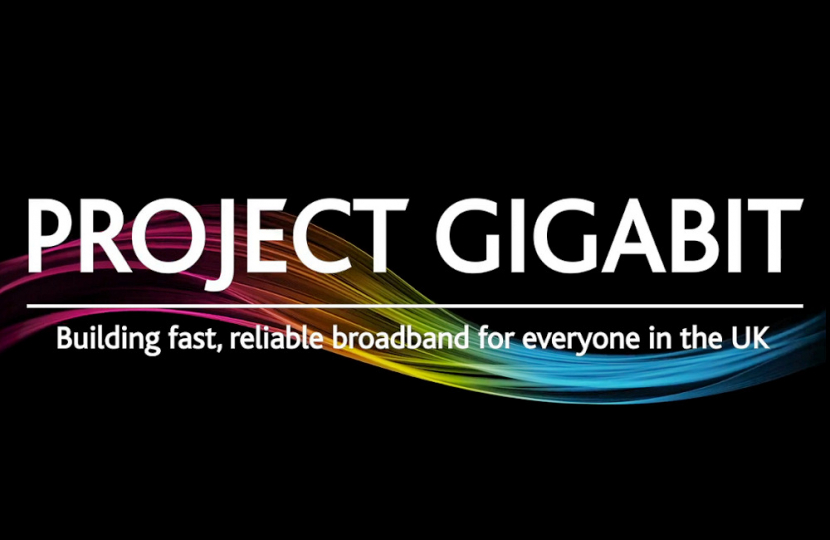 More than 5,000 public buildings - including schools, hospitals and libraries - have been connected to high-speed broadband thanks to a UK Government scheme to level up public services.

The upgrades, made possible by a £164 million UK government investment, will drive up productivity in public services, create better experiences for people who use them and encourage broadband companies to easily extend the network to thousands of surrounding homes and businesses which will boost the government’s national mission to grow the economy and create new jobs.

It means doctors and police officers will save time waiting for large files such as x-rays and CCTV footage to download, teachers can make better use of digital technologies to bring their lessons to life and care home residents can get better access to online services for improving health and wellbeing.

The news comes as the government calls on broadband companies to submit bids to connect approximately 190,000 hard-to-reach premises in Norfolk, Suffolk and Cornwall as part of Project Gigabit - the biggest government-funded broadband roll out ever seen in the UK - with work set to kick off in these regions from January 2023.

The future-proof connections delivered by Project Gigabit will fire up the economy by injecting a £60 billion boost to productivity.

An update published today confirms there are now ​​contracts worth £543 million in total for telecoms firms to bid for and this is expected to connect up to 380,000 hard-to-reach homes and businesses with the first contracts awarded from August this year.  More gigabit contracts will be released throughout the coming months, with Devon, Somerset, West and North Yorkshire all set to launch over the next year.

“ Fast and reliable broadband is vital to households, businesses and the public services we rely on every day. That’s why, on top of our transformative £5 billion Project Gigabit investment to improve rural connectivity, we have upgraded thousands of schools, libraries and hospitals across the UK to first class broadband fit for the future.”

The move to connect public buildings is part of the Local Full Fibre Networks (LFFN) programme which was launched five years ago to subsidise the cost of full fibre broadband connections in publicly-owned buildings.

It has delivered 2,700 kilometres of lightning-fast full fibre - more than five times the distance between London and Edinburgh - which includes upgrades to:

Full fibre connections provide speeds in excess of 1,000 megabits per second which will give vital public services the speed and reliability needed to operate at their full potential for decades to come.

The upgrades are spread right across the UK.

In England this includes 742 public buildings in Greater Manchester, 328 in North Yorkshire and 309 in Norfolk. More than 500 public buildings in Wales and 350 in Scotland have been connected. This includes libraries, care homes and youth centres in North Wales and schools, health centres, fire stations across Shetland, the Highlands, Angus and Perth & Kinross in Scotland.

The UK Government has also invested £133 million in Scotland to connect more than 740,000 homes and businesses to superfast speeds - which are in excess of 30 megabits per second and more than enough to handle most people’s connectivity needs today - and £69 million to roll out superfast broadband to more than 740,000 homes and businesses in Wales, of which at least 110,000 will get gigabit upgrades.

Government-funded projects in Northern Ireland, backed by more than £25 million UK Government investment, have delivered connections to more than 900 buildings. This includes 240 GP surgeries, 148 community centres, 90 council offices, 79 recycling centres, 69 fire stations and 63 leisure centres. It comes as gigabit-capable coverage in Northern Ireland hit 85 per cent which is the highest of all four UK nations.

Project Gigabit is the government’s flagship £5 billion programme to connect hard-to-reach communities unlikely to be connected through commercial rollout, meaning families no longer having to battle over bandwidth and people in rural areas can have the freedom to live and work more flexibly, helping businesses to grow and vital public services to thrive.

On top of the new procurements launched, today’s progress update on Project Gigabit reveals that over 100,000 vouchers worth more than £185 million have now been issued to ensure rural areas can access the same lightning-fast broadband available in more urban areas.

The faster connections delivered by the scheme have been levelling up rural communities across the UK: enabling businesses to grow by using digital technology to boost their productivity and giving people living in more remote areas better access to good jobs.

The Gigabit Broadband Voucher Scheme (GBVS) is an initiative under Project Gigabit offering rural homes and businesses up to £1,500 or £3,500 towards the cost of a gigabit-capable broadband connection. The value can be much higher in many areas thanks to top-up funding from local authorities, including in Cumbria which recently announced a £2 million boost to the scheme meaning businesses can apply for up to £7,000 and homes up to £3,000 to pay for lightning-fast gigabit connections.