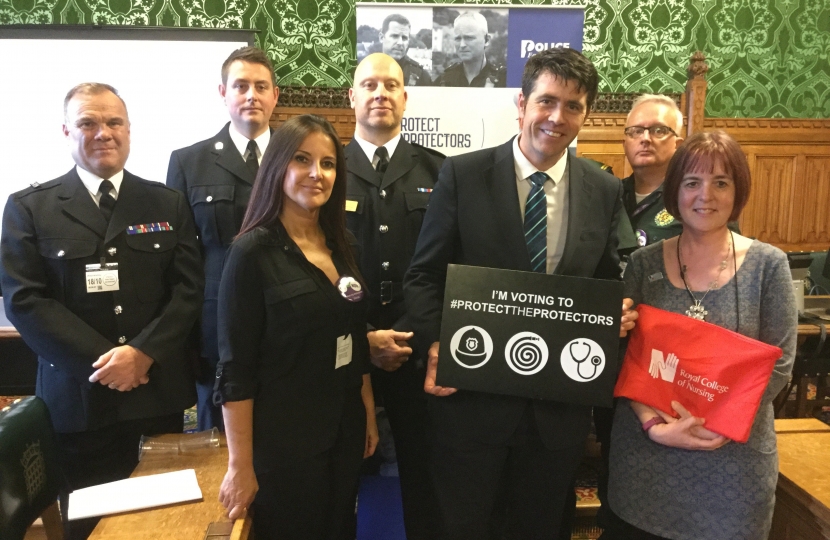 Scott Mann has given his backing to a Bill in Parliament which will give greater protections to emergency services personnel.

The Assaults on Emergency Workers (Offences) Bill, which has been introduced by MP for Rhondda Chris Bryant, would see harsher penalties for people convicted of assaulting an emergency services worker, including police officers, firefighters, paramedics and prison officers.

"I'm very pleased to be supporting this Bill which will introduce greater punishments for people who assault emergency workers.

"These people are on the front line protecting the public, and it's only right that we make sure that anyone who assaults them is given a harsher sentence by the courts.

"Our emergency workers do an amazing job every day and I'm very pleased to see the Government also giving its backing which means it will be able to progress through Parliament much easier."

During debate of the Bill for Second Reading on Friday, 19th October, Scott told fellow MPs about an incident in Cornwall where a police officer was assaulted and spat at, which he described as "completely unacceptable". His contribution can be viewed here.

The Bill was passed by the House of Commons without division which means it will now progress to Committee Stage where amendments can be made. The Bill's sponsor, Chris Bryant, said he wants to broaden the Bill to also cover doctors and nurses.