Scott hails double victory for Cornwall in just one day 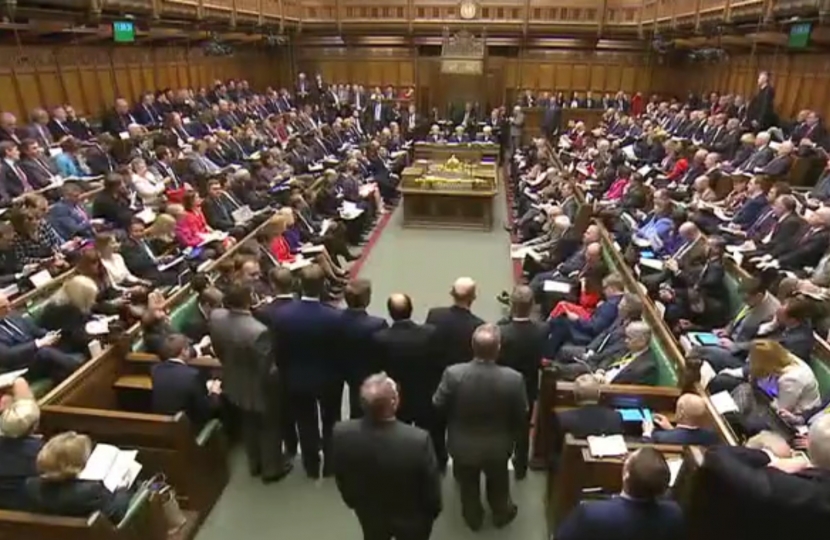 It was crunch time on Monday, 8th February when South West MPs waited to hear if they had helped to secure funding for two key rail studies as well as extra funding for rural local authorities.

It transpired in January that Network Rail did not have the sufficient funds to conduct two feasibility studies into electrification and line speed improvements for the mainline through Devon and Cornwall. The studies were requested by the Department for Transport to be included in a report being issued by the Peninsula Rail Task Force. Asked to help, South West Conservative MPs quickly mobilised to speak with the Chancellor and the Rail Minister to secure the funding.

During a backbench business debate on Monday led by Kevin Foster (Torbay) to discuss the future of the South West's railways, Claire Perry (Minister for Railways), revealed that the government had secured the money after holding discussions with the Great Western Railway franchise. As the region's main operator, its Managing Director Mark Hopwood told BBC Spotlight that GWR was happy to fund the studies.

"We are a team and we are a sixth of the Government so it helps enormously to work together for a common cause. We have already had assurances the Hitachi trains will be up and operational by 2018, and the sleeper service will be operational soon as well.

“This is one step in the right direction for us. We are very keen to see this progress.”

Monday also saw the Secretary of State for Local Governmeny, Greg Clark, announce the local government settlement. Running up to Monday, Scott and other rural MPs across the South West and the country had been urgung the government to better fund rural local authorities which continue to be under-funded compared to urban authorities. The lack of funding per-head means rural local authorities have higher council tax and costlier services.

Scott was therefore thrilled to learn that Cornwall Council was to receive an extra £3m in 2016/17. The Rural Services Delivery Grant, which is used to help rural authorities, will be increased from £15.5m this year to £20m in 2016/17, and then to £65m in 2019/20. By 2020, business rates will also be 100% devolved to local authorities which will allow them to keep all their business rate income rather than relying on central government funding.

Scott said it was "testament to MPs working together on a county, regional and national level to secure a better deal for rural areas."