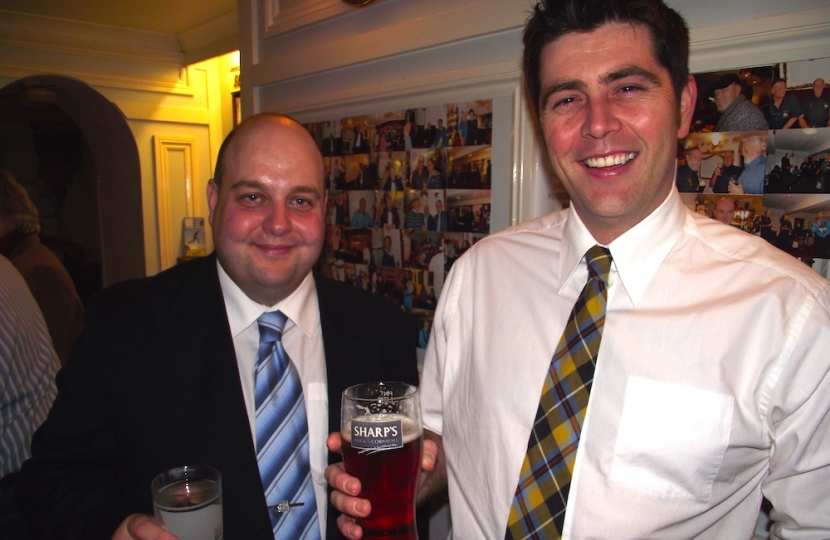 At a meeting of more than 100 members in Wadebridge Town Hall, Cllr Scott Mann was selected as the Conservative Prospective Parliamentary Candidate for North Cornwall. Cllr Mann, the local Councillor for the Wadebridge Division, thanked the members for their support.

In a statement he said, "I am delighted to have been selected as the Conservative Candidate for North Cornwall. I have been representing Wadebridge for 5 years and will continue to do so. I look forward to the possibility of representing the whole of North Cornwall in the future. As a local Wadebridge boy and proud Cornishman I feel I have the necessary skills to represent North Cornwall in parliament. I am looking forward to meeting with residents to discuss the issues that affect them over the coming weeks, months and years so I can better represent their views."

Local postman Scott grew up in Wadebridge and has spent all his working life in the town. He is married to Alice and has one daughter. Scott was elected in 2007 to North Cornwall District Council and became the Group Leader. Upon the change to Unitary he was elected to Cornwall Council and has served as Deputy Group Leader and Vice Chairman on planning.

Scott enjoys a celebratory pint in the Churchill Rooms in Wadebridge with constituency Chairman John Phillips.