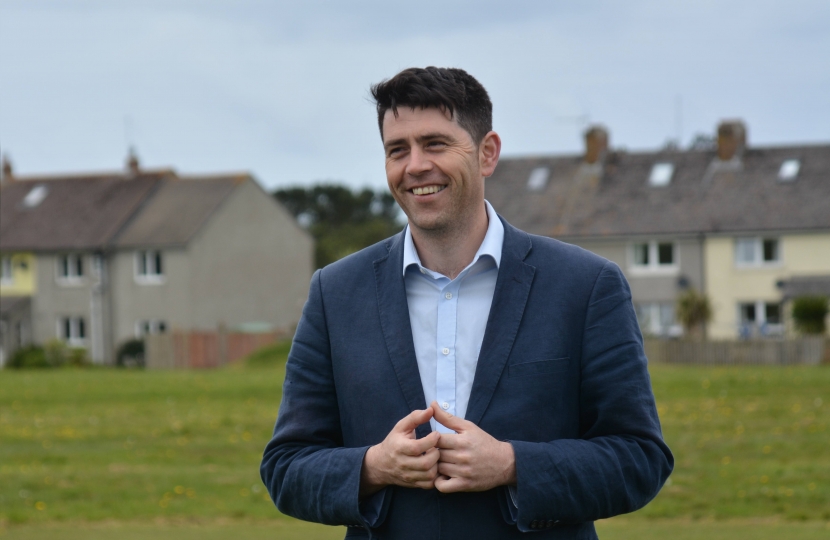 Scott Mann has today resigned as a Parliamentary Private Secretary (PPS) in response to government proposals for a post-Brexit UK-EU relationship.

Following a Cabinet meeting at Chequers earlier this month to agree the proposals, the government last week published a white paper outlining a future relationship between the UK and the EU, including proposals for a free trade area and special customs arrangement. The government says that such measures would ensure tariff-free trade and frictionless borders.

However, fearing that such a relationship could be subject to oversight by European laws and judges and ultimately undermine the 2016 referendum result, Scott Mann today resigned as a PPS to Her Majesty's Treasury.

Mr Mann said his resignation will allow him to return to the backbenches and properly scrutinise the Brexit process on behalf of his North Cornwall constituents.

In a letter to the Prime Minister, Mr Mann said:

"It is with great sadeness that I tender my resignation as a Parliamentary Private Secretary at the Treasury.

"Over the coming days, week and months I fear that elements of the Brexit white paper wil inevitably put me in direct conflict with the views expressed by a large section of my constituents. I am not prepared to compromise their wishes to deliver a watered down Brexit.

"The residents of North Cornwall made it very clear that they wish to have control over our fishery, our agriculture policy, our money, our laws and our borders. I will evaluate those core principles against the Brexit white paper and ensure that I vote in line with their wishes."