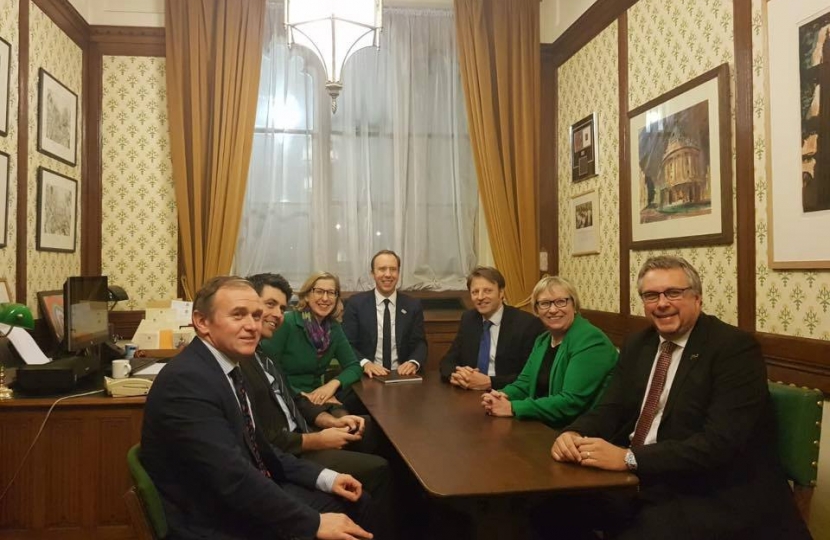 The six Cornish MPs have welcomed this morning's announcement by Health Secretary Matt Hancock that Cornwall will get up to £450 million for a new hospital.

The plans are part of a new strategic Health Investment Programme of £13billion to upgrade hospitals across the country.

This will include funds for the NHS in Cornwall to begin work, with local decision-makers, to consider options and work up the business case, which could include a brand new acute hospital on a new site, upgrading of existing Community Hospitals as well as redevelopment of existing facilities at Royal Cornwall Hospital Treliske.

The case for a new Cornish hospital was presented to the Health Secretary at a meeting with all 6 of Cornwall’s MPs earlier this year. That the government has accepted this and committed to fund a new hospital so soon is great news for all in the Duchy.

"This is a huge announcement for Cornwall and I welcome this commitment from our Conservative government.

"A second major hospital in Cornwall is something that successive governments have been unable to deliver. I would like to see the local NHS decision-makers spending the money on a new second general hospital in the centre of Cornwall along the A30 corridor.

"This programme is in addition to the previously announced investment of £135 million for new facilities and services provided by the RCHT at Treliske.

"My North Cornwall constituents regularly lobby me about the distances they have to travel to access acute NHS services, they will quite rightly now be receiving the world-class health services they demand closer to home."