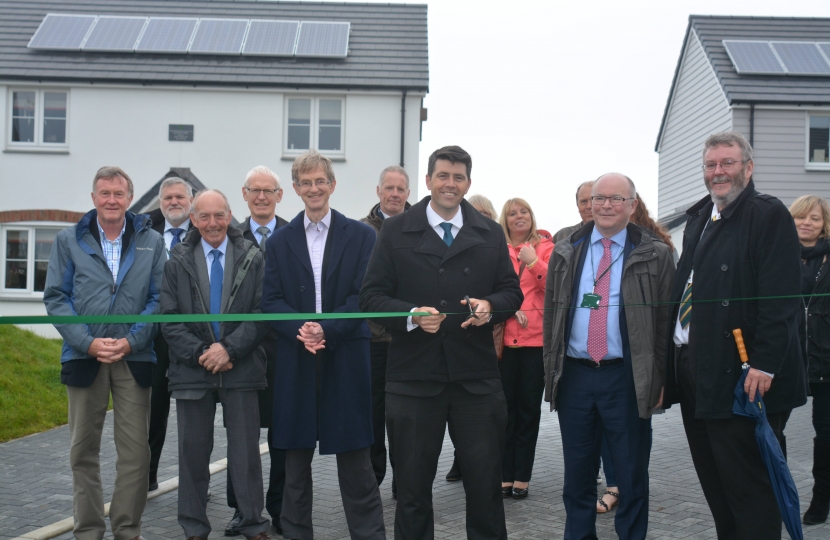 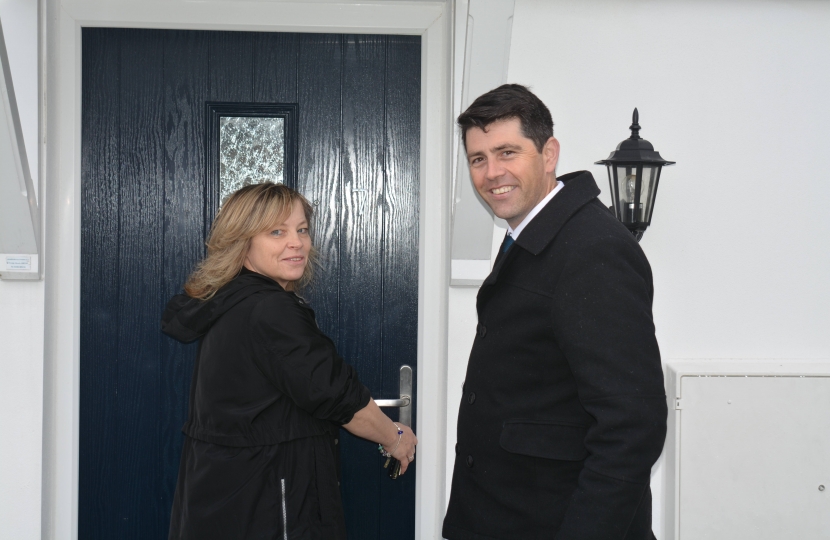 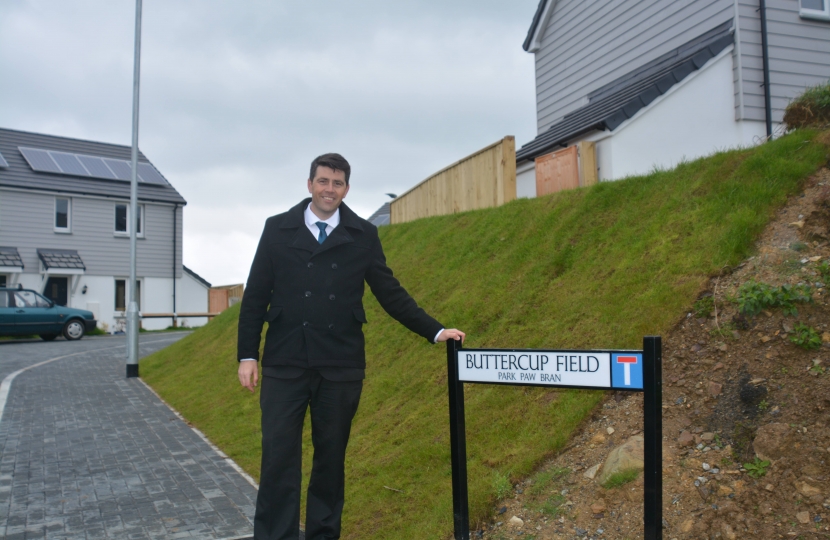 Neil Pendleton, Chair of Cornwall Rural Housing Association (CRHA), invited Scott to cut a ribbon at the entrance to Buttercup Field, inspect a slate plaque to commemorate the opening and meet with some of the new residents.

"Good quality rented housing is not only essential for people’s quality of life, it is also an economic necessity. Good housing provides jobs, increases prosperity and helps to sustain communities, particularly in rural areas.

"A combination of relatively low wages and higher than average house prices means that many young people often cannot afford to live in the areas where they were born and brought up and it is hoped that small developments such as this can help sustain rural communities.”

The development was funded with grants of £240,000 from Cornwall Council and £401,200 from Homes England, with the balance coming from the Association's own reserves.

“I was delighted to open Buttercup Field which offers brand new housing to local people in Poundstock. The homes are in keeping with the surrounding area and complement the local community, and it was a pleasure to hear the stories of local people being housed in the community that they have lived in for many years.

“Local housing provision is a hugely important issue for me. In Cornwall we see many people struggling to get on the housing ladder or get a home through the housing list because of low wage levels and high house prices, and I have been banging the drum in Parliament for more funding for local housing schemes.

“This scheme received £400,000 from central government, and in the coming years we will see more local housing schemes come to fruition which will be funded by the three per cent stamp duty levy on second homes. Cornwall was allocated £6m for 2017/18 and I look forward to seeing more homes being built for local people which are affordable.”

“Affordable housing is one of Cornwall Council’s top priorities, and we recognise that it is crucial to retaining families and young people in our rural communities. That is why we are working with partners like CRHA in Poundstock, supporting them with grant funding to build more homes for local people.”