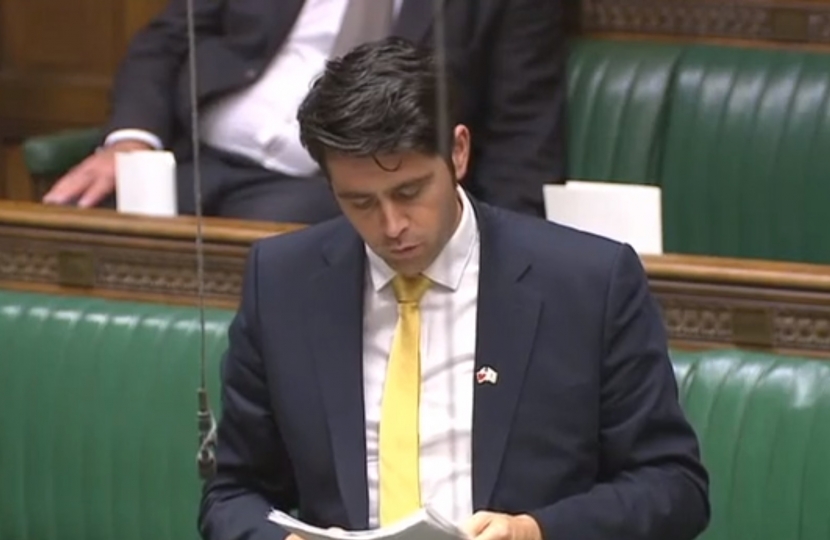 Scott Mann and MPs from all parties presented petitions last night in the House of Commons, urging the Government to implement transitional arrangements for women born in the 1950s who have been affected by increases in their State Pension Age.

The petition was co-ordinated by the WASPI All Party Parliamentary Group, which Scott vice-chairs, to illustrate just how many MPs want to speak up for women in their constituencies.

Upon being called to present his petitions for North Cornwall and Camborne & Redruth by Speaker John Bercow, Scott said:

"I rise to present petitions on behalf of the residents of North Cornwall and of Camborne and Redruth in the same terms as the hon. Member for Worsley and Eccles South, and on behalf of our Cornish WASPI women."

The full title of Scott's petition was:

"To the House of Commons.

"The petition of residents of North Cornwall declares that as a result of the way in which the 1995 Pension Act and the 2011 Pension Act were implemented, women born in the 1950s (on or after 6 April 1951) have unfairly borne the burden of the increase to the State Pension Age; further that hundreds of thousands of women have had significant changes imposed on them with little or no personal notice; further that implementation took place faster than promised; further that this gave no time to make alternative pension plans; and further that retirement plans have been shattered with devastating consequences.

"The petitioners therefore request that the House of Commons urges the Government to make fair transitional arrangements for all women born in the 1950s (on or after 6 April 1951) who have unfairly borne the burden of the increase to the State Pension Age."

You can watch Scott present the petition here.