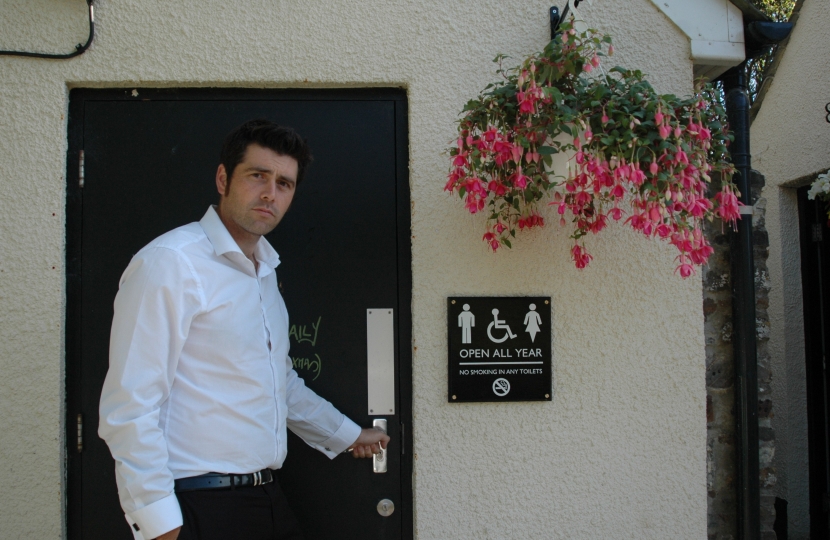 Trebarwith Strand is a popular destination for visitors, and Scott fears that the closure of the toilets could lead to a negative impact on tourism and pose a threat to public health. It is understood that the toilets were being managed by Tintagel Parish Council, but due to vandalism and users not paying the entry fee, the toilets have been handed back to Cornwall Council and subsequently closed.

“Upon being re-elected last week, I wrote to Cornwall Council asking them to re-open the public toilets at Trebarwith Strand. They are a vital facility for both local residents and tourists, and it simply isn’t fair on people who expect access to a public toilet to arrive to discover they are closed and left in an embarrassing situation.

“I know that the toilets have been victim to vandalism and I think it’s disgraceful that people get satisfaction from damaging such an important public facility. That said, closure of the toilets could negatively impact the local economy and pose a threat to public health and safety if people resort to using the beach or other areas instead.

“Given how important the toilets are to local people, local businesses and visitors, I want to see them re-opened and I hope Cornwall Council can find a way of doing this before the summer holidays begin. I also want to congratulate Tintagel’s new Cornwall Councillor, Barry Jordan, who is already on the case and fighting to keep the toilets open.”

Since becoming an MP in 2015, Scott has been pursuing a campaign to save public toilets and is in the process of trying to pass legislation which would exempt them from costly business rates. In 2015, Scott also wrote to the then Prime Minister, David Cameron, asking that public toilets be made a statutory public service so that they couldn’t be closed.

Public toilets are under threat of closure in Cornwall, and Scott wants to see them remain open through a change in finance and law. Like shops, public toilets are subject to Non-domestic rate payments, otherwise known as business rates. This, on top of maintenance costs and water bills, means they are not cheap for local authorities to run.