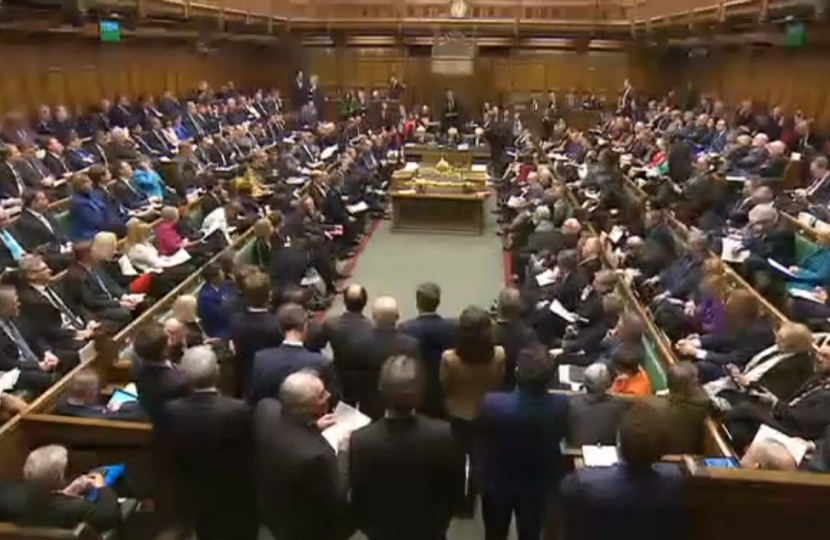 In what was Philip Hammond’s first Autumn Statement as Chancellor of the Exchequer, the former Foreign Secretary announced that Rural Settlement Relief would be doubled to 100%. This means businesses such as pubs, shops and petrol stations in small rural communities could have all their business rates waived from next April.

A similar measure is already in place for small businesses, but many rural firms like village pubs do not meet the criteria to receive 100 per cent Small Business Rate Relief.

“Yet again the Government recognises the benefits of cutting taxes for small and rural businesses. There have been huge reforms passed for business rates in recent years, and I know many rural firms in North Cornwall will welcome this measure.

Ahead of the Autumn Statement, a number of MPs including Scott called on the Treasury to freeze or cut fuel duty to help millions of motorists who have recently faced increases in petrol and diesel prices.

On Wednesday the Chancellor announced that he was freezing fuel duty for the seventh year in a row, which would see the average North Cornwall car driver and van driver saving £130 and £350 a year respectively.

“This freeze on fuel duty is so important in North Cornwall. As a rural area, residents rely hugely on their cars, and it’s fantastic that they will be saving yet more money at the pumps. I'm very pleased that the Chancellor heeded our calls in Parliament."

Scott has also welcomed yet another rise in pay for many of North Cornwall’s lowest paid workers, with the new National Living Wage set to rise by 30p to £7.50/hr. The pay rise will see an extra £500 in peoples’ pockets who work full-time, while the increase in the tax-free Personal Allowance to £11,500 will see someone on £15,000 a year paying just £800 in income tax.

“This is great news for people in North Cornwall, especially those in part-time or seasonal work.

“Cornwall has some of the lowest wages in the country, and it’s about time that our lowest paid workers had significant annual pay rises.

“Of course an increase in pay does put pressure on small businesses and the social care sector, and that’s why the Government has massively cut business rates for small firms while a 2 per cent social care precept has been introduced for council tax.”

Contrary to what was predicted leading up to the EU Referendum that half a million jobs would be lost if Britain voted to leave the European Union, the Office for Budget Responsibility has predicted that in fact there will be 500,000 new jobs created between now and 2020.

Scott has also welcomed the billions of pounds being invested into housing and infrastructure, with the Chancellor announcing a £1.4 billion fund to deliver 40,000 extra affordable homes, while £2.3 billion will be put into a Housing Infrastructure Fund to support new homes.

“Probably one of the biggest gripes MPs hear from their constituents is the lack of infrastructure for new homes. The Government recognise that and have subsequently announced this new infrastructure fund to make sure there are more roads, schools and transport links in place.

“Cornwall will see tens of thousands of new homes in the coming years, and as a county which has been significantly under-funded by Whitehall when it comes to infrastructure, I will be lobbying the Government to get some of this money spent here in the Duchy to support our growing communities.”

Other measures announced in the Autumn Statement included: