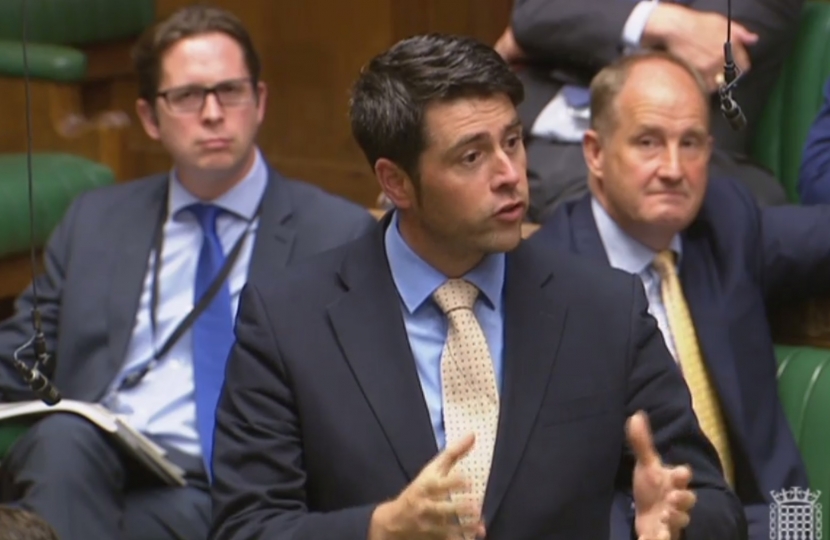 Scott Mann has welcomed news that the Government will provide an additional £12 billion of support for people to buy their first house or rent an affordable home.

In announcements made by the Chancellor Philip Hammond and the Prime Minister Theresa May at the Conservative Party Conference, it was revealed that £10 billion would be provided for the Help to Buy Equity Loan scheme, while another £2 billion would be pumped into affordable housing, whereby housing associations and councils can apply for the funding to build their own homes. The announcement means councils will have more funding to build their own homes alongside housing associations.

The extra cash for the Help to Buy scheme, which was revealed by the Chancellor, will allow 135,000 people buy a house by 2021. Since its creation in 2013, the Equity Loan scheme has facilitated 130,000 completions on new homes. The scheme works by the government providing an equity loan of up to 20% which is repaid when the home is sold, or after 25 years, whichever comes first. Around 80% of homes purchased using the scheme were for first-time buyers, which meant the number of people buying their first house increased by 70% between 2010 and 2016.

On top of this, the Prime Minister announced an additional £2 billion will also be provided for 25,000 affordable homes. This puts total funding at £9 billion to help people access homes at lower rents.

Both housing associations and councils will be able to apply for the money to build a new generation of homes for affordable rents.

“This is very welcome news for people who are aspiring to buy their first home or who are in need of an affordable home to rent. The Help to Buy scheme has helped many people in Cornwall get on the housing ladder and I know there are many more who will welcome the continuation of the scheme.

“There are also many families in search of a house which is affordable to rent, and it’s important that when new housing developments are built, that they include affordable homes for local families.

“However, there are issues with the planning system and land values which require a radical re-think because they are hindering the process of delivering more homes, and I will be making the case for my constituents who want to buy their own home but are currently stuck in the private rental trap.”