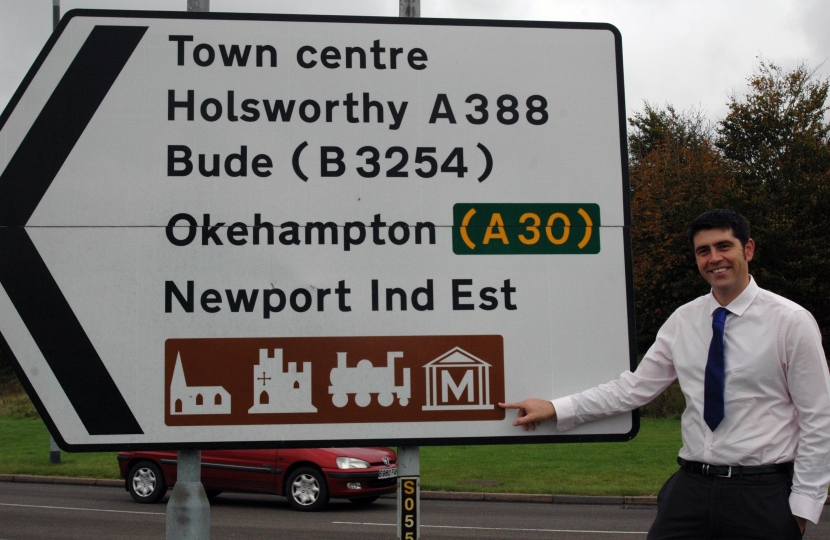 Conservative Parliamentary Candidate for North Cornwall, Scott Mann, has welcomed an announcement from the Transport Secretary that plans are underway to introduce a trial rail service between Exeter and Okehampton.

As Member of Parliament for North Cornwall between May 2015 and May 2017, Scott Mann repeatedly called for the return of services to benefit communities in North Devon and North Cornwall.

The Transport Secretary, Chris Grayling, told the Western Morning News that discussions were underway with GWR, who operate rail services in Devon and Cornwall, to run a trial service.

"North Cornwall is the only constituency in Cornwall which does not have a mainline railway running through it, so I've been knocking on the Department for Transport's door for the past two years to get more rail services which would serve the communities of North Cornwall.

"Getting a full-time mainline service back to Okehampton is one of my goals and is something which I've raised with the Transport Secretary on numerous occasions. Hearing today that he is working with GWR to trial a new service is very welcome news and I loom forward to seeing the project taking shape so that North Cornwall can become better connected."

The return of services was also recommended in the 'Mind the Gap' report by the Peninsula Rail Task Force (PRTF).