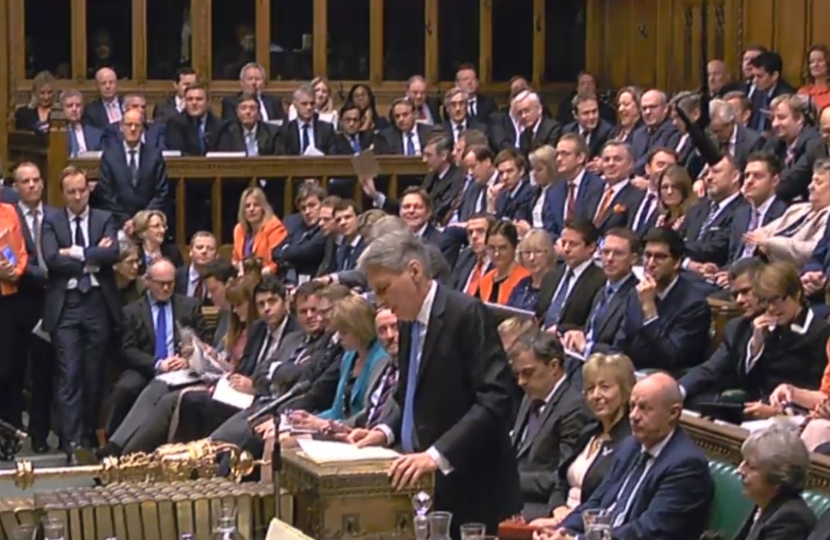 MP for North Cornwall, Scott Mann, has welcomed today’s announcement from the Chancellor of abolishing Stamp Duty for first-time buyers to help people in Cornwall purchase their first home. The move will save £2,500 when buying a home worth £250,000 and £5,000 on a property worth £300,000, with over £3 billion being saved by first-time buyers over the next six years.

Another big win for Cornwall is the continuation of the Second Home Stamp Duty Levy which sees second home buyers paying an additional three per cent in tax. The proceeds of this levy have seen £5.1 million allocated to Cornwall for 1,000 new affordable local homes, with the levy running for at least another three years.

Other housing announcements include an extra £10 billion for the Help to Buy equity loan scheme, £15.3 billion of new financial support for new homes over the next five years and an inquiry into the planning system to address the disparity in the number of planning permissions versus the number of home starts.

There was also welcome news for Cornwall Council, with new proposals to charge empty properties 100% council tax instead of the current 50% to generate more revenue for local services.

“I think this is a fantastic announcement for first-time buyers and I thoroughly welcome the Chancellor’s decision to cut Stamp Duty for people purchasing their first home in Cornwall, saving them thousands of pounds.

“Buying a first home can be daunting and challenging, especially when trying to save up a deposit, securing a mortgage and paying all the associated fees; so abolishing Stamp Duty will remove a major hurdle for all first-time buyers.

“Whilst it is still a challenge for people to save a deposit, there are a number of measures in this Budget including the small sites fund, a home builders fund and an extra £15.3 billion for housing delivery.”

Other significant announcements for Cornwall include:

Duty rates on beer, wine and cider has been frozen which will help pubs and local beer, wine and cider producers. Last year, Scott campaigned for additional duty to be added to so-called “white ciders” which have a high alcohol content but can be sold for as little as 15p per unit, and the Government has announced that it will introduce a new duty band to target these high alcohol content products which demonstrates that campaigning for important issues like these is crucial for change.

The Chancellor also revealed a new railcard which will save 26-30 year olds a third off their rail fares, a reduced waiting time for Universal Credit claimants and £6.3bn extra for the NHS, including £2.8bn for resources, and an extra £3.5bn in new capital funding.

Reacting to the Budget, Scott said:

“This Budget is giving a huge boost to people like first-time home buyers who will see an abolition of Stamp Duty, young people who will benefit from a new railcard, road users who will see a new £80m road which has been given the green light between the A30 and St Austell, lower earners on the National Living Wage will see a £600/yr pay increase from April next year and the NHS will see billions extra for new resources and investment.”