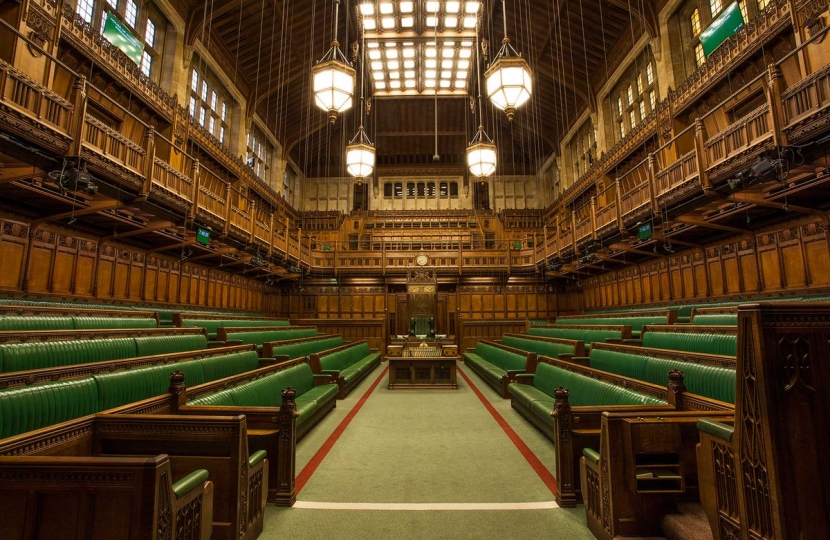 Last night I hoped to be able to vote on options which worked towards implementing an orderly Brexit which respected the referendum result. The speaker selected options which my constituents in North Cornwall have already rejected; and which I was obligated to vote against on their behalf.

The inclusion of the UK in a formal Customs Union with the EU presents the worst of all outcomes. We are the world’s fifth largest economy, and Britain’s voters were clear that when they voted to leave the EU, they voted to take back control of our trade policy.

The ability to trade independently was not an annexe or an afterthought to leave voters, it was a fundamental part of the Brexit vision.

Brexit supporting MPs and voters have compromised throughout this process despite having a clear mandate and instruction from the people. However, some colleagues in the House wish to remain in the EU under any circumstances, and no compromise on Brexit will ever be enough.

I support the Brady amendment on the backstop and continue to believe we must leave the EU in an orderly way - if possible. If we cannot, the Government must prepare to take us out of the EU on WTO terms on the 12th and must now accelerate ‘no-deal’ measures as a matter of urgency.

My voting record on the following Brexit proposals:

Against: Customs union: Seeking a UK-wide customs union with the EU (Ken Clarke's proposal - 273 votes for, 276 against)

Against: Common Market 2.0: Remaining in the European single market and seeking a temporary customs union with the EU (Nick Boles's proposal - 261 votes for, 282 against)

Against: Confirmatory referendum: Holding a public vote to confirm any withdrawal agreement agreed by Parliament (Peter Kyle and Phil Wilson's proposal - 280 votes for, 292 against)

Against: Parliamentary supremacy: Power for MPs to block leaving with no-deal by cancelling Brexit if EU won’t grant a further extension beyond 12 April (Joanna Cherry's proposal - 191 votes for, 292 against)