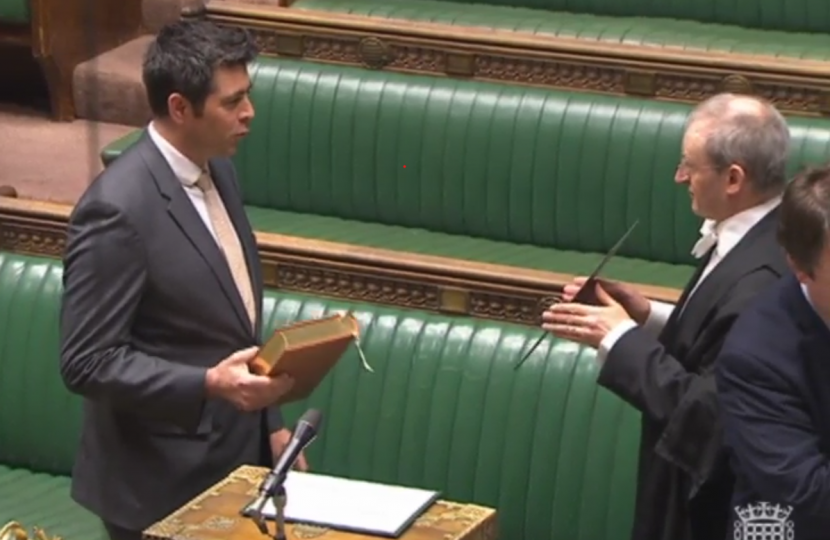 It is a real honour and a privilege for me to be writing to you as Member of Parliament for North Cornwall after being elected for the third time. I have been overwhelmed by the messages of congratulations and best wishes which I have received, and I am really touched by the support which the community gave during our positive General Election campaign.

The theme of unity is one which has been expressed by the Prime Minister in recent days, and it is something which I would like to reiterate here. While a majority of people voted across Cornwall to support our party, our aims, and our objectives for the country, others did not. I believe that these people must also be represented and I would like to reach out to those residents who did not vote for me, and tell them that this one nation Conservative Government will do everything we can to ensure their voices are also heard.

We must now put the issue of the referendum behind us, and no longer think of ourselves in terms of leave and remain; or define ourselves by our support for Brexit or the EU. We are one United Kingdom and one community, and I do hope that many of the divisions which have opened up over the past few years can now be healed.

I have now returned to Parliament and will vote to ensure that the deal which finally gets Brexit done is voted through. When this is achieved we will turn to our local priorities - our schools, hospitals, roads and looking after the most vulnerable in our society. The six Cornish MPs will be working hard together to ensure that Cornwall receives its fair share of funding and will continue to be a strong and loud voice for our home.

In the New Year, I will be booking the first of my MP surgeries for 2020. In the meantime, if you have casework for me or any issues which you would like me to assist with, please visit my website at www.scottmann.org.uk or email me via scott@scottmann.org.uk. The news section of my website also contains updates on the work I am doing on your behalf, and I post regular updates on social media via www.facebook.com/TheRightMannForNorthCornwall.

I wish you and your family a very merry Christmas and best wishes for the New Year.