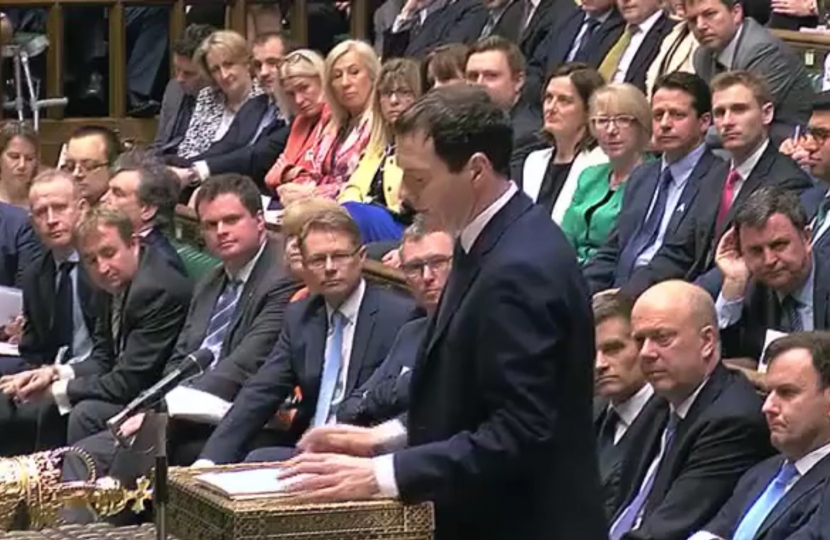 Scott Mann has expressed his delight at the news that a £19 million fund will be used to build community-led housing in the South West. It comes after Scott personally asked George Osborne in recent weeks to use the extra 3% stamp duty on second homes, as announced in November, to pay for new houses.

The Chancellor revealed his Budget just hours after new figures showed that UK employment was at its highest-ever level of 74.1%, with unemployment down to 5.1% - the lowest level in a decade. Statistics also revealed that the number of unemployed young people was down to 153,000 – the lowest since the 1970s, and that there is over one million more women in work since 2010.

In his 9,000 word, hour-long speech, the Chancellor announced tax cuts for small businesses and companies, as well as radical changes for young people to save money as well as to education.

The pinnacle of the budget for Scott, though, was the £19 million for community-led housing.

“I’m absolutely delighted that the Chancellor has allocated this £19 million for community-led housing.

“After hearing the Autumn Statement last year when the Chancellor revealed an extra 3% stamp duty on second homes, I immediately wanted it to be used to build more houses for people in Cornwall. The county is very popular for second homes and it’s right that something is given back.

“I spoke with George Osborne in person in the Commons and wrote to him at the Treasury, asking that a ring-fenced sum of money be used from stamp duty for new Community Land Trust houses. Trusts have more freedom over who can buy and build the houses, which in Cornwall, would mean more houses for local people at affordable prices.

"It will be hugely beneficial to people living in Cornwall – enabling them to build their own homes and gain interest in that property."

In a letter to Scott after the Budget, George Osborne said that Scott had “championed” the cause for more affordable homes in Cornwall.

“The Budget I delivered today includes around £20 million for community-led housing schemes in the areas most affected by holiday homes in the South West, funded from the higher rate of Stamp Duty Land Tax on additional properties.

“By supporting innovative approaches to homebuilding in the region I believe we can deliver genuinely affordable homes for local people. I wanted to let you know immediately as I know you’ve championed this cause.”

The Chancellor unveiled a list of measures specifically for the South West:

A new Mayoral Devolution Deal worth £900 million over 30 years devolution deal for the West of England which will see powers handed over for transport, planning and employment.

The halving of the cost of tolls on the Severn River Crossings once they return to public ownership in 2018.

There’s also a wide package of announcement for culture, sport and good causes including: