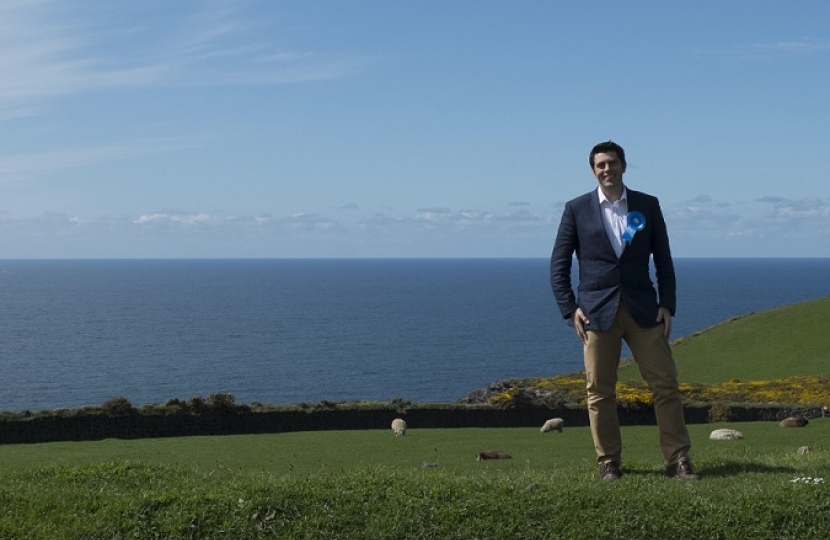 EE has announced it has upgraded 13 more sites in North Cornwall, making it easier and quicker for people to get connected to the internet on their mobile phones.

The new sites support better 4G coverage in the communities of St Tudy, Treburgett, Blisland, Bodmin, Otterham, Boscastle and Wadebridge, together with improved connections along the A39, A395, A389 and A30.

EE has overseen the UK’s biggest network expansion, with an ambition to connect 95 per cent of the UK to its 4G network by 2020, including some of the most remote parts of the country.

“We’ve seen the difference 4G is making right across the UK, and we’re delighted to be bringing this great network experience to more locations in Cornwall so that people can enjoy everything from crystal clear 4G calls, streaming music to making video calls to friends and family wherever they are in the world.”

“I’m very pleased to hear that 4G coverage is being increased in North Cornwall. Large rural areas and their communities often lack decent mobile coverage, so this a great step forward for towns and villages in the constituency.

“The Government wants to increase connectivity in rural areas, and last year I sat on the Bill Committee for the Digital Economy Bill which will hugely benefit North Cornwall. The Universal Service Obligation for broadband means that consumers can expect at least 10 Mbps, and changes are also being made to the Electronic Communications Code which will make it easier for mobile phone operators to erect and upgrade their masts so that coverage can be increased and improved across large rural areas.”

This work in Cornwall complements BT’s drive to improve broadband connectivity across Cornwall. Ninety five per cent of households and businesses in Cornwall and the Isles of Scilly now have access to fibre broadband as a result of the Superfast Cornwall partnership between the EU, BT and Cornwall Council.

“The switch on of EE’s 4G network in any rural community is a hugely significant event and that’s definitely the case here in Cornwall. There is a growing reliance on mobile devices to provide greater access to information and enable easier communication with customers, family and friends. Both local businesses and residents depend on them like never before and it’s great to see such investment taking place locally.”

To learn more about EE’s indoor and outdoor 2G, 3G and 4G service, customers can use EE’s online coverage checker. EE has also launched a Network Status Checker tool, which provides real-time and personal updates to customers about network performance.

Customers can also set tailored alerts for places important to them, such as their place of work, home or home of a loved one, and they will receive personalised alerts if there are network issues.