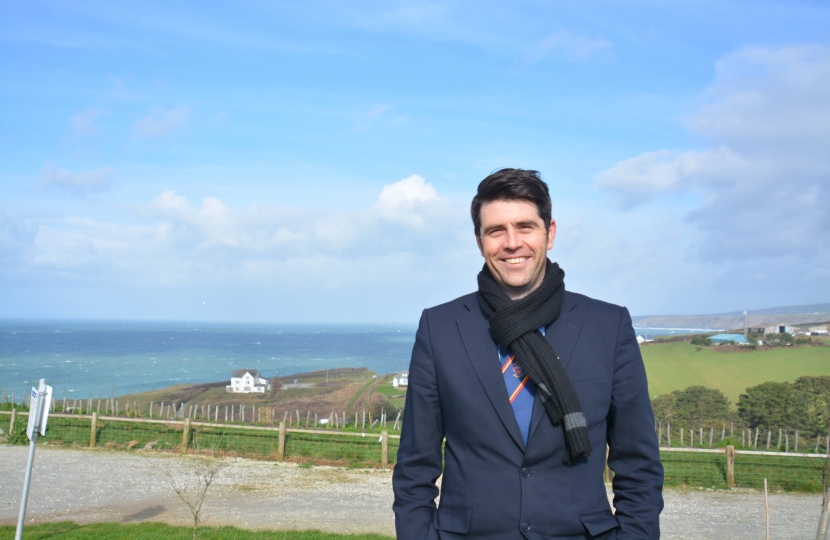 The demise of our fishing industry and the implications of continued EU membership were frequently discussed leading up to the referendum in June 2016. We offered our fishermen a positive vision of what could be achieved as a wholly sovereign country. No more EU regulation and red tape and no more meetings in Brussels to barter for quota of our own fish.

As we depart from the European Union and discuss what type of agreement or framework should be in place for future trade, we have forgotten that taking back full control of fishing policy is one of the easiest wins that can be had, and that’s why I led a debate in Parliament yesterday to discuss what a future policy should look like.

We must have our own fisheries policy which oversees a wholly independent management system; a system which is fairer for our fleets of smaller boats, follows the science and stops the discarding of millions of fish every year. One which effectively monitors what fish are being caught, how many are being caught and where they are being caught.

By doing that, we can get a clear picture of the state of our fisheries and the health of stocks. Throwing fish back into the sea creates distorted information, works against conservation and lowers confidence among the general public.

Only by landing everything we catch can we properly monitor our fisheries and implement the appropriate measures to preserve stocks, and during my debate in Parliament on Tuesday, I highlighted the merits of moving away from quotas and towards an effort-based system.

I recently met with the Fishing for Leave organisation who have used their first-hand knowledge and experience to work up a system which they believe will be much fairer for our fishermen and our fishery.

Described as an ‘effort control quota hybrid model’, it mixes the principles of time-at-sea and quotas together. Under their proposals, we could have a system whereby fishermen are allocated an annual amount of fishing time in hours-per-year along with a Flexible Catch Composition, which consists of target quotas that stipulate how much of a particular species a boat should be aiming to catch as a percentage of their overall catch.

If it exceeds its catch limits, then it will have fishing time deducted that is equivalent to the value of the “wrong” species that the vessel has caught.

Boats can often target the more valuable fish, but under this proposed system, they would run the risk of catching too much and receiving a time penalty. A skipper won’t want to lose too much time at sea and this is therefore an incentive to not catch too much of a certain species.

If after a couple of days at sea the boat has exhausted its weekly allocation of fishing hours by catching too much of a particular species, then he returns to shore with everything.

His excessive catch would incur a time penalty that keeps him ashore for the rest of the week to avoid overfishing, but his ability to land everything has avoided the need to throw any of it back over the side.

This would avoid the current reality of a boat being out at sea for days on end trying to fulfil its quota while throwing hundreds of dead fish back into the sea, and means that a ‘catch more – land less’ system becomes a ‘catch less – land more’ one.

When a boat goes out to sea, not only would it have an allocation of time at sea and flexible catch limits, but it will also receive live data telling it which areas it cannot fish in and which species it cannot target as the authorities respond to developing circumstances.

Under the CFP that we currently work within, we cannot do that. The proportionally low and misleading amount of data that can be collected by the Centre for Environment, Fisheries and Aquaculture Science (CEFAS) as well as government agencies means that we are making decisions years later rather than days later.

We are too slow in finding out what our fishery looks like and too late in doing anything about it.

The current practice of throwing fish back means wasted time, effort and cost for fishing crews, millions of dead fish which aren’t being sold at market or available to be caught by anyone else, and less data for scientists and the authorities.

It is clear that we need a new policy which works in the interests of our fishermen, the wider fishing industry and the fish themselves. Britain has one of the most diverse fisheries in the world and we need a management system in place which allows us to utilise it while also protecting it from overfishing through the analysis of live data that leads to quicker management decisions.

We need a new policy and management system that is fluid and which can adapt to the changing nature around it, and it’s vital that over the coming months, we trial different fishing models – including the Fishing for Leave hybrid model – to determine what works best for our fishing industry.

British fishermen were sold down the river in 1972 when we joined the Common Market, and we cannot allow that to happen again in 2019. We need to work out what works best and then implement it.