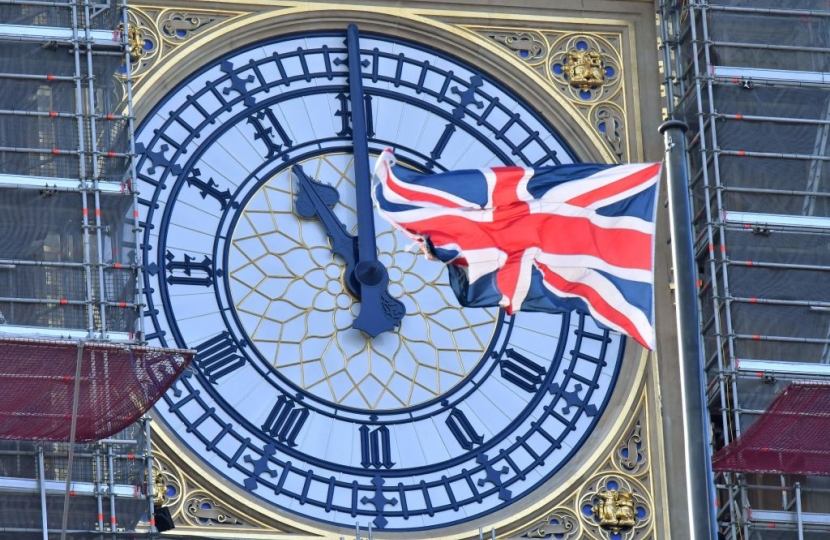 Read all the articles from Scott on the successful campaign to ensure North Cornwall's Brexit vote was implemented.

On 23rd June 2016, the United Kingdom voted in a referendum to leave the European Union. 17.5 million people voted to leave - the biggest mandate for anything in British political history.

Before the EU Referendum, Scott campaigned for Leave because it was a once in a lifetime opportunity for Britain to take back control of its laws, its judiciary, billions of pounds in contributions and its territorial fishing waters.

The United Kingdom finally left the European Union on the 31st of January 2021, with a deal, fulfilling Scott's pledge to the constituents of North Cornwall.

We are an island nation and our seas are integral to our history. Some individuals have told me time and again that fishing is a tiny part of the UK's GDP.

I recently asked The Secretary of State for Environment, Food and Rural Affairs, what steps his Department is taking to support the agricultural sector after the UK leaves the EU; and whether he plans to introduce a distinct and internationally recognised UK standard for agricultural goods based

I was very proud to contribute to The Centre for Policy Studies new publication, 'Britain Beyond Brexit', a collection of essays by almost 40 leading politicians, edited by George Freeman MP

Over 31'000 people (60%) from North Cornwall, myself included, voted to leave the EU in 2016. Last night I was asked to turn my back on them and delay Brexit again. I refused and voted AGAINST the delay.

As well as updates from Scott, you can also read news and statements on the UK's withdrawal from the EU on the Government's Brexit website here.