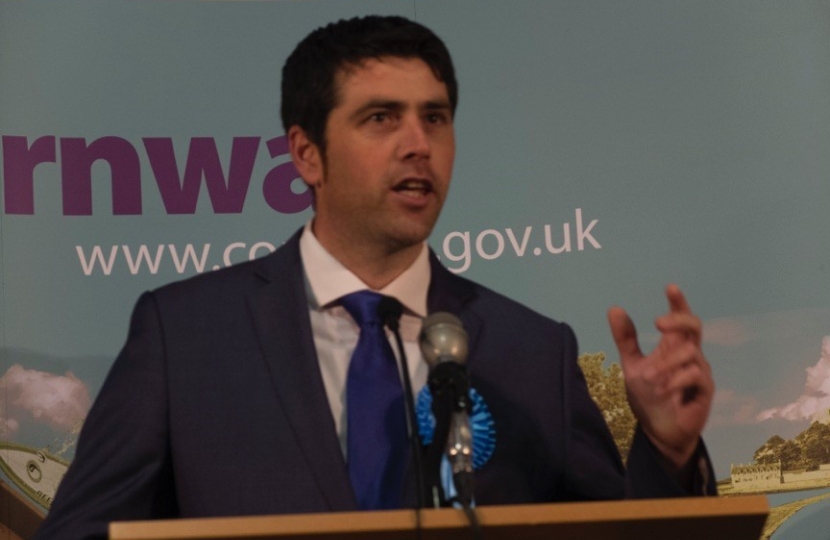 Scott Mann, MP for North Cornwall, has announced he will be backing the ‘Vote Leave’ campaign and outlined his reasons why the UK needs to vote to exit the European Union.

Speaking alongside fellow MPs Anne-Marie Trevelyan, James Cleverly, Craig Mackinlay, Royston Smith and Paul Scully for The Times newspaper, Scott believes the reasons for leaving the EU far outweigh those for staying in.

Open to the process of renegotiation, Scott wants what is best for Britain. However, the terms being discussed between No.10 and Brussels do not go far enough to properly address the issues which affect the UK, such as open door immigration, membership fees, and law-making.

“There is a good chance that the EU referendum will be held this year. I believe the Government were right to seek to renegotiate our relationship with the EU, but Brussels has not offered the fundamental change we need. That is why I will be backing the Leave Campaign.

“The EU costs us £350 million a week, we could spend this money on our priorities like the NHS, not EU bureaucrats. I believe that the people making the key decisions about how that money is spent should be accountable to the public, not unaccountable in Brussels.”

Scott believes that remaining in the EU is riskier than leaving, and that the UK is part of a club that wields power and influence which was not agreed to by the UK electorate in the 1975 referendum.

“A vote to remain, I believe, is riskier than a vote to leave. When we were led into the European Union it was sold to the public as a free trade deal. It has subsequently become an integrated, federalised and complex beast which the United Kingdom has little control over. There are those in the EU who wish to see far greater integration, I believe this would be against our national interests. Britain is a proud nation, a nation that wishes to make its own choices and we will stand or fall based on decisions we make, not decisions made by others.”

Commenting on how the UK’s memberships has affected North Cornwall and the county as a whole, Scott says that fisherman and farmers are being treated as “second class citizens”.

“In North Cornwall as in many rural areas in the UK, the Common Agricultural Policy and the Common Fisheries Policy shape the economy. Both are held up as success stories in Europe, but the farmers and fisherman that work within the structure are treated like second class citizens to their European counterparts.

“It is not in the national interest of the French, Spanish, and German governments to put British interests before their own. That is why I believe that the European Union is so fundamentally flawed.”

Finally, Scott outlines the main reasons why Britain needs to leave the EU and control its own future:

“The important issues for us Brits are :- taking back control of our borders; the cost of membership, and the supremacy of our Parliament. They are simply not up for debate as long as we are anchored inside the European Union.

“I believe it’s time we flew our own plane, shaped our own destiny and took back control.”

First and foremost, immigration is very important to our economy. The UK has always been an open nation which embraces people from around the world to live and work here and contribute to our society. We have people working in the NHS, in government, in schools, in public services and setting up businesses from all over the world which is something to celebrate and be proud of.