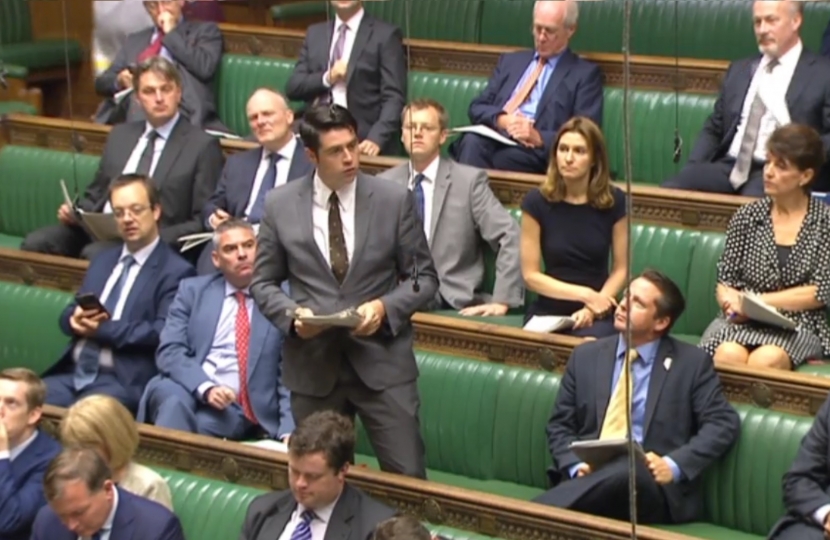 Scott Mann continued to speak up for North Cornwall in Parliament last week, pressing the Government on UK territorial fishing waters and on superfast broadband.

On Monday, 5 September, the Secretary of State for Exiting the European Union, David Davis, provided an update to MPs on the department's preparations to leave the EU

Responding to the statement in the Houe of Commons, Scott made it known that he didn't want to see UK territorial fishing waters being "used as a bargaining chip" during negotiations with Brussels.

In reply to Scott's statement, the Brexit Secretary confirmed that taking back Britain's territorial fishing waters was "one of the gains" from leaving the EU.

On Thursday, Scott then took part in Culture, Media and Sport Questions, where he made it knwon to the Minister for Digital and Culture that he wanted to see the provision of superfast broadband made a statutory requirement for new houses. Like water, gas and electricty, new homes should have a fast internet connection supplied as a lawful requirement instead of customers having to ask for it after they buy their new home.

The Minister responded by saying that the Government was committed to giving everyone access to fast broadband, and reiterated the Government's plans to bring forward a Universal Service Obligation.